I really like my new machine and the reason it’s only got four rather than five stars is because there were a few minor problems at the start. Loose connections etc ruined the initial experience but after working with tech support, all is well and I continue to both learn and enjoy the world of my GWPro. Future machines would benefit from a quieter air pump, it’s WAY too loud and I’ve substituted a fish tank air pump in its place. From 70db down to 35, bliss.

Initially was great, until I realised I had been shipped the older version without the air pump installed inside, (therefore no way to turn it on or off), or the Usb port for the camera for use with LightBurn. Very disappointing, especially for such a high price.

Couple of my first projects. Thanks to those that help. I hope to pay it forward when I learn. 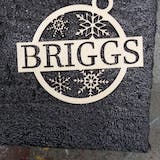 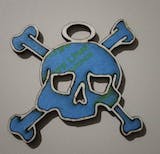 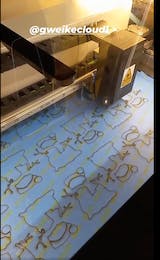 Genuine leather and Rubber stamp with my Gweike Pro. 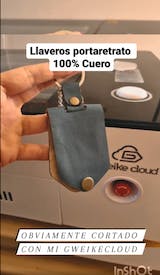 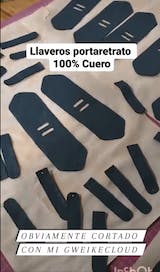 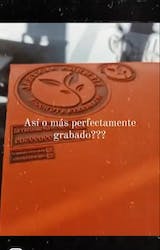 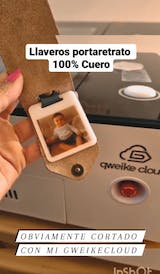 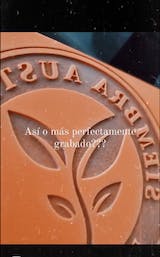 Bird feeder. Too many hours in design lol. Any experience an I'm sure it would've been easier. 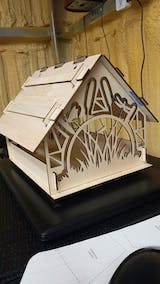 Wish the literature on the web would have been more clear that you cannot add the rotary unit to the basic model. Also the air pump/filter are obnoxiously loud and vibrate everything. The smoke evacuation could be better, even with the extra wall mounted extractor fumes still escape from the glass lid due to gaps all around it. Aligning the camera in Lightburn is a royal pain. But over all it does what a 50watt C02 laser should and the build quality is pretty darn good. Could use some serious fixes but what I have been reading they have an integrated air assist on the newer pro models, that should cut down on the noise and vibration from the old one.

Everything was as described on Sexy Cyborg youtube.
The benefit of the RF tube is no water to deal with and worry about freezing (I am in Maryland) but, cutting is more limited. Weight the pro's & cons of each for your use.
The only thing that would be nice a galv bed so you can use magnets to hold down material. The bed that shipped with the unit is Alum.
Have not used the Gweike Cloud since the location of the machine does not have internet.
Works great with Light Burn.

d
gweike cloud Laser Cutter & Engraver with Rotary CO2 (50W) Pro dwells
I have yet to receive a working laser...UPDATED!

I will give the update here, and leave the original review in tact.
At some point I may add some pictures for you, but for now..

I finally got a working laser!

I was able to setup and test everything fairly thoroughly at this point, including calibrating the camera in LightBurn. I do not have internet where the machine is so I cannot comment on the cloud version of this, although (from YouTube) It seems capable, I believe LightBurn is where it's at anyways.

I will be testing with various other materials of course, but all included materials etch and cut as expected. I have been able to create puzzles, keychains, ornaments and living hinged phone holders. All is operating as expected.

I need to mention the after market sales team again, as they were very helpful through the process (as frustrated as I was) we were all very pleasant to deal with. Eventually staying with it until I received a working laser. Hopefully for years to come with proper maintenance.

I am finally happy I went with Gweike in the end. I still believe this is a superior laser over the other brands. Even with a few others emerging with this design, how many other models do they create and support? 1? 3? 50? I'm going with the experience when someone has a huge line of CO2 and Fiber lasers to back the quality. I'm glad I did. Even though, I happened to get a couple of lemons, Gweike made it right.

*This is the old review below*

I cannot give an favorable review at this time. I am now waiting on delivery of the third replacement. The first one literally blew up within 5 hours of usage. I worked late nights with the chinese engineers to confirm it was the fuse inside the laser PSU that violently exploded. There was also a problem with the camera using the external USB cable. They sent replacements and I changed them and put it all back together again, but the gears were skipping etc.. just problems. Sent back.

The second replacement arrived in a not working condition. Again hours of troubleshooting with engineers - eventually returned.

The third one was supposed to arrive yesterday, but now there are delays.

So I still do not have a working laser 1 month after purchase.

To say I am frustrated is an understatement. The business I launched when I got the first one has all but evaporated, and even if I did get it today, there is not time for orders for christmas. This has been a huge expensive nightmare actually. And I am now easily certifiable as a laser technician.

If I eventually do receive a working laser and spend some time with it without exploding, then I may change this review, but at this time 0 stars +1 for after sales team in china.

The images I do have are generally of the machine taken apart during T/S. I have a few trinkets printed, but no good pictures of things you'd actually want to see.
Hopefully I get a working laser soon/today/this week. 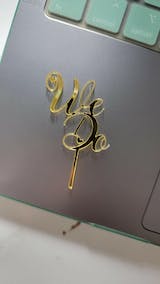 Making some Christmas baubles! I love this machine so much. I’m so glad I got this over a glowforge!! 😊❤️

My machine arrived yesterday! I've named her "Burnadette". 😅
I hooked up all the venting, connected it to WiFi and made my first cuts today! I still have so much to learn but I'm happy with my new toy so far!

YEA I got my machine all working now with Lightburn. After my doctors appointment today LOOK OUT I am doing a LOT of crafting!!! Whoo hoo I am excited!!

YEA I got my machine all working now with Lightburn. After my doctors appointment today LOOK OUT I am doing a LOT of crafting!!! Whoo hoo I am excited!!

Initial setup. I haven't registered or started it up yet. The filter is beside it but I'm venting with the inline fan.

Good day everyone!! This is my Sunday project!
My 4 years old love animals😊🥰 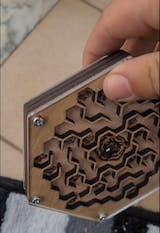 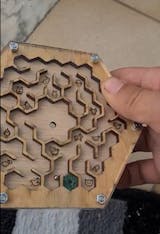 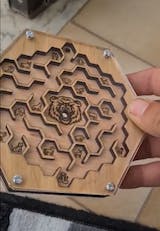 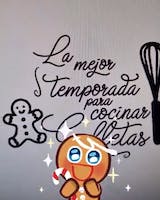 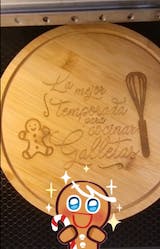 I put together a tutorial on I make leather patch trucker hats! I hope you enjoy! 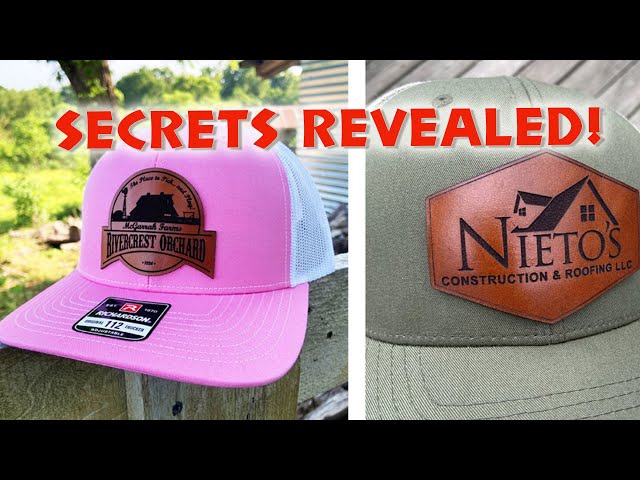 I love my new door hanger!! This one was fun to cut and paint. 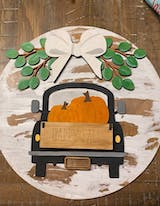 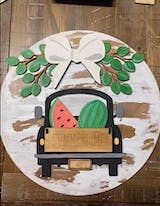 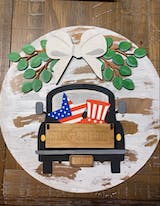 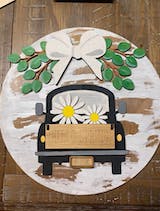 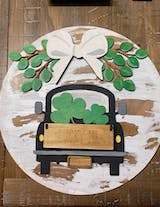 My first actual project. Nothing major, but I’m happy with it. Lesson learned: use 1/4“ to make signs and not 1/8” because it’s too flimsy.

Love the Gweike. Still alot of learning to do but very happy with the purchase. Customer service has been above and beyond.

Birthday present made yesterday for a 5 years old cousin 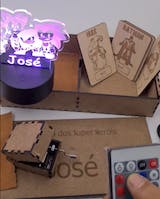 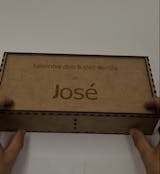 I have had my machine about 5 weeks and love it . UK based so looking forward to getting to know my machine a lot better

We have been working with lasercutters in the public school for the last 5 years, and have many lasercutters. This is the first true laser out of the box solution we have ever tried. Its amazing how simple it is to use, and the fact that it works with Lightburn is amazing. Great build quality and great cutting abilities.. after one week of testing, we orded 2 machines more.

Excited to get the machine I wanted to get started ASAP! It does take a little time to get it dialed in correctly but once your do it's good to go. They are newer so still trouble shooting little things that pop up but their team is willing and quickly able to help you. They are open to suggestions and are constantly making improvements. Must have some knowledge about files and such. It's not plug and play like a popular vinyl machine. Once you get it down your world will open up!